Psychiatrists and primary care providers are prescribing benzos for nearly 92 million U.S. patients every year. And yet little is truly understood as to the experience of those who take it only to later discontinue the prescription drug.[1]

The risk of benzodiazepine dependence is extremely high, and benzodiazepine taper schedules must be safely planned and conducted by qualified clinicians and providers. 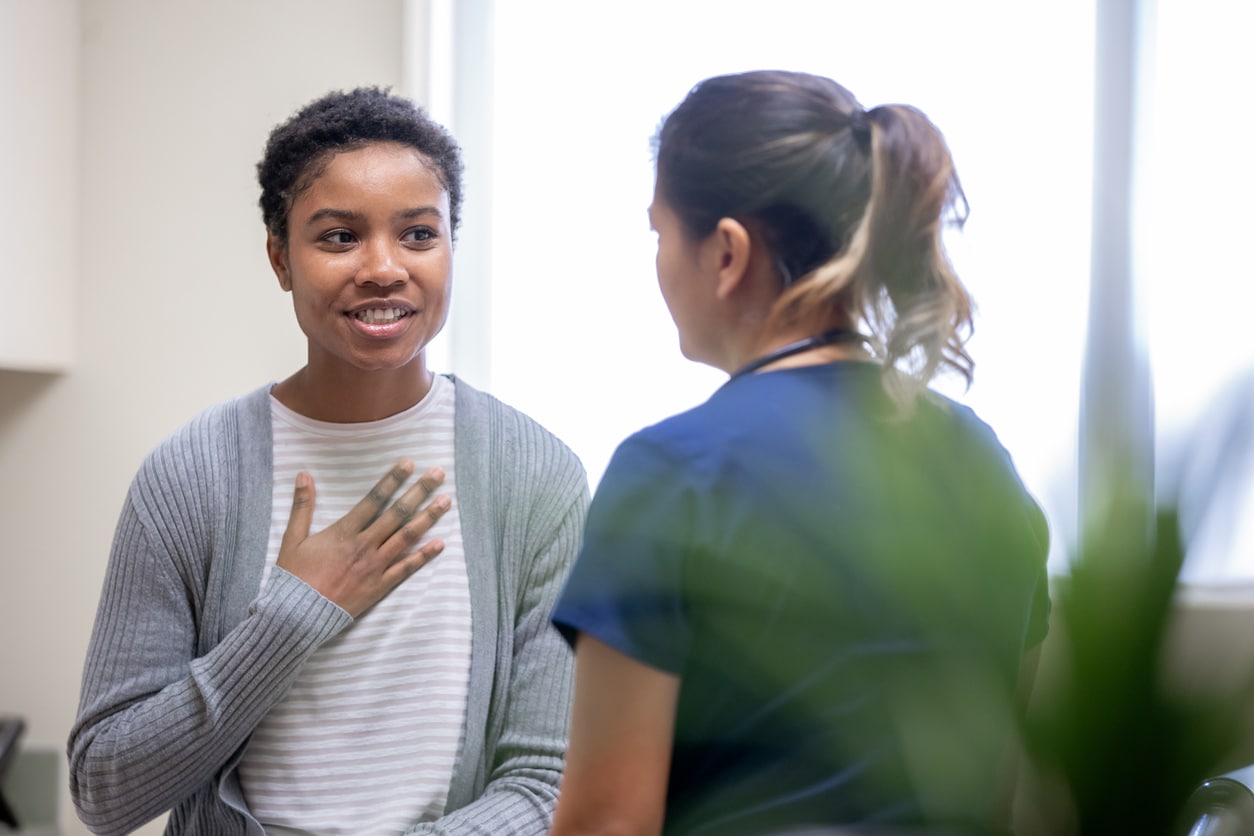 If you or a loved one is struggling with substance use disorder due to a benzodiazepine prescription, there is hope. There are other evidence-based and effective treatment options available to help you restore the life you love. It’s important to remember not to discontinue benzodiazepine use on your own, as this could lead to serious withdrawal symptoms and complex cravings. Medication-assisted detox is the safest and most reliable form of benzo detox. 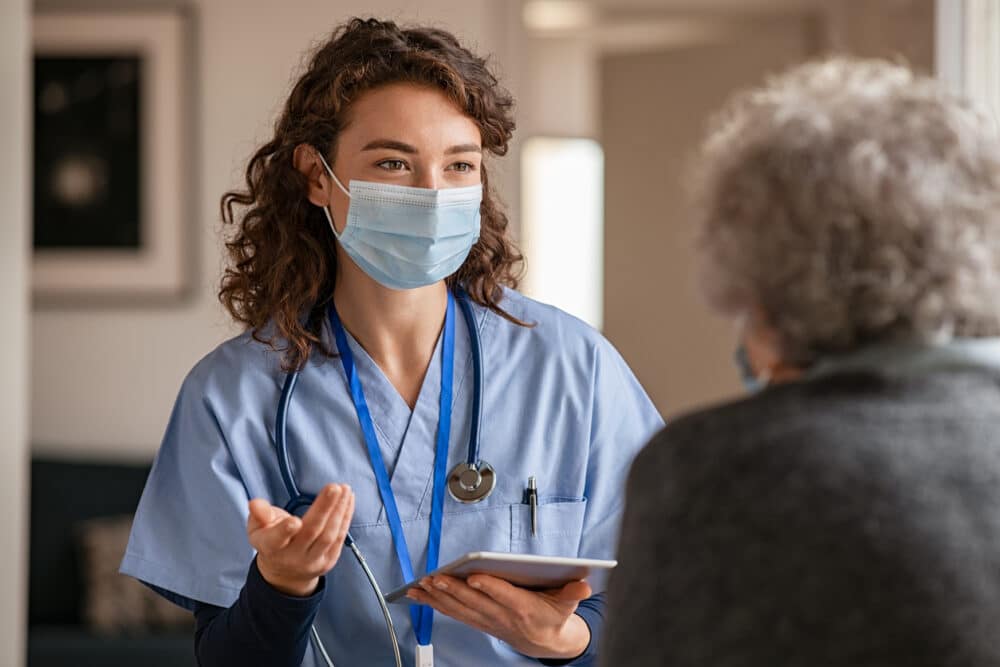 A prescription medication, benzos come in three types, long-acting, intermediate, and short-acting. High-dose and low-dose varieties are also prescribed, depending on the severity of the patient’s condition and their individual needs. 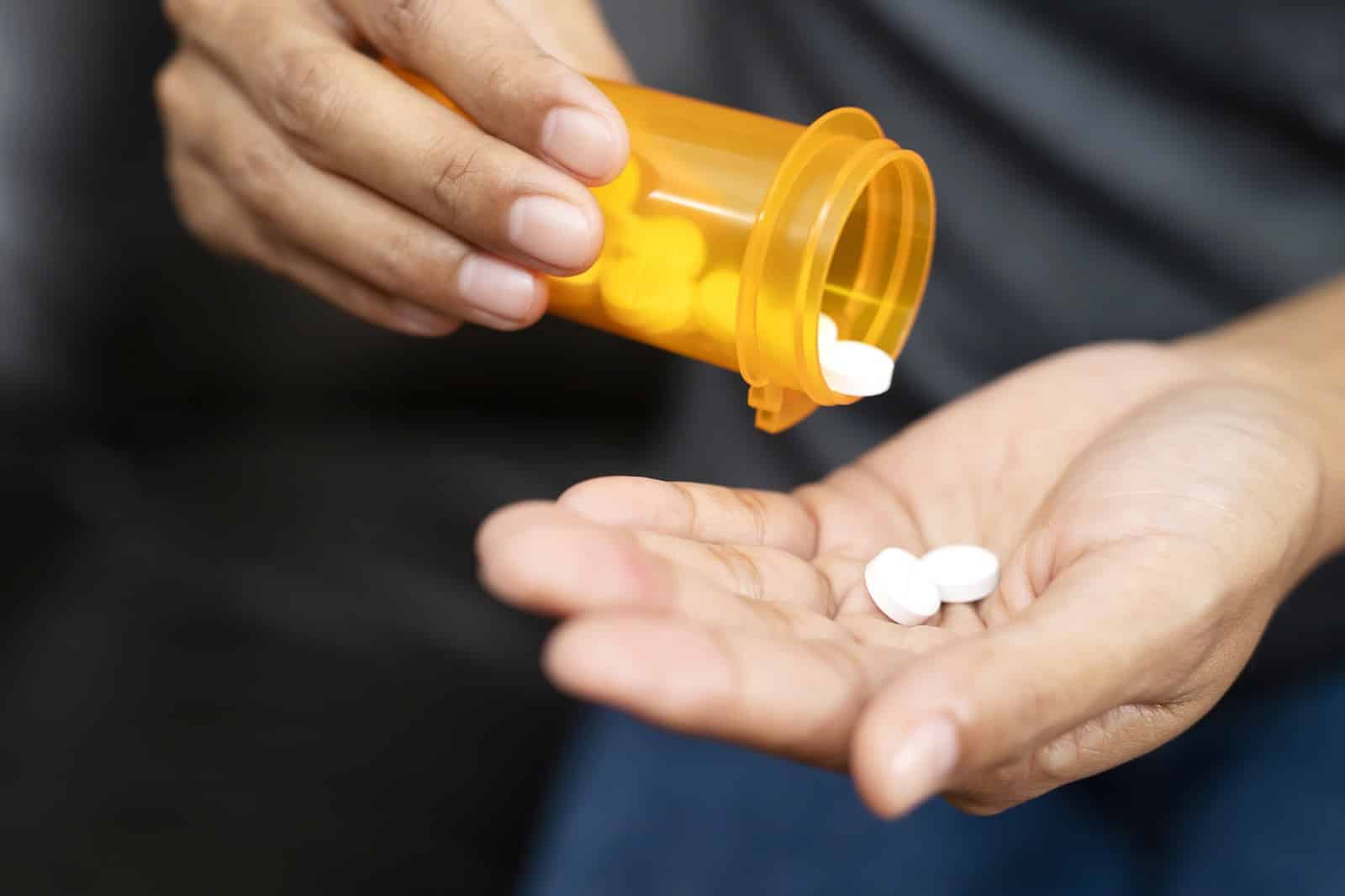 Providers in the field of psychiatry prescribe these medications as an evidence-based treatment option for several conditions. Benzodiazepines are prescribed by mental health care providers to treat sleep disorders, depression, anxiety, panic attacks or panic disorder, epilepsy, and other mental health concerns.

These medications produce feelings of calm and euphoria. However, prescribing them is not without complications. They can also cause hostility, disturbing or vivid dreams, amnesia, irritability, and benzodiazepine dependence.

Our inpatient detox and outpatient treatment programs were designed to match our core values of compassion, collaboration, and excellence in detox care. We work diligently to ensure patient safety and comfort at every turn.

Other key features of our substance abuse program for benzodiazepine dependence include:

Benzo dose reduction is a complex process that should never be undertaken without the direct oversight of a qualified clinician, primary care physician, or psychiatry provider. Each patient’s taper schedule will be custom to their needs based on the form and total daily dose.

At Gallus Medical Detox, our interventions for tapering benzodiazepines are evidence-based and conducted within the format of our outpatient program. As industry standard practice, there are several types of taper schedules.

Dosage reduction by one-quarter of the prescribed amount over four weeks may work for some patients but is not recommended in most cases. Even this small reduction could be too rapid for GABA receptors to adapt safely.

A more gradual dosage reduction process, or micro-taper, will take longer but significantly reduce the severity of withdrawal symptoms the patient experiences. Medications will be modified by no more than 5% to 10% of the current total daily dose and maintained until withdrawal symptoms plateau or cease.

When tapering benzodiazepines, the medication will either be cut with a scale, compounded, or prescribed in a liquid form. Depending on the patient’s response to treatment, this process could last anywhere from eight months to a year. While this may seem long, it’s absolutely critical to take it slow for the patient’s safety and the best chance of recovery success.

Each patient will have a structured and individualized treatment plan that includes supplemental treatment options such as Cognitive Behavior Therapy (CBT), medication management, group therapy, regular follow-up appointments with mental health providers, and other evidence-based interventions.

Do Benzos need to be tapered?
If the patient has been taking a benzodiazepine prescription for more than two weeks, it is recommended that a medical taper be conducted. Due to the severity of withdrawal symptoms, a slow dosage reduction is the most effective way to ensure patient safety and comfort.
Does your brain go back to normal after benzodiazepines?
This will vary from patient to patient, but in general, the patient’s cognitive function will improve within the first six months. If benzodiazepine use has been long-term, the patient may experience some lasting deficits, or it may take longer than six months for their brain function to return to their standard baseline.
What happens when benzodiazepines are abruptly stopped?
Due to how this prescription medication impacts brain function, GABA receptors in the brain become confused if the substance is abruptly ceased. Withdrawal symptoms can last longer and become severe, making patient discomfort extreme, if the patient is not gradually weaned off of the medication.
What is considered long-term benzo use?
Anything longer than three to six months is considered long-term use and could lead to serious health concerns and severe withdrawal symptoms if not tapered off slowly. However, a taper schedule is still recommended even after only two weeks of taking the medication.
How long do withdrawal symptoms from benzodiazepines last?
If abruptly discontinued, withdrawal symptoms could begin in a few short days and last from weeks to months. A long-term medical detox taper schedule is the safest way to maintain patient safety and comfort during this time. 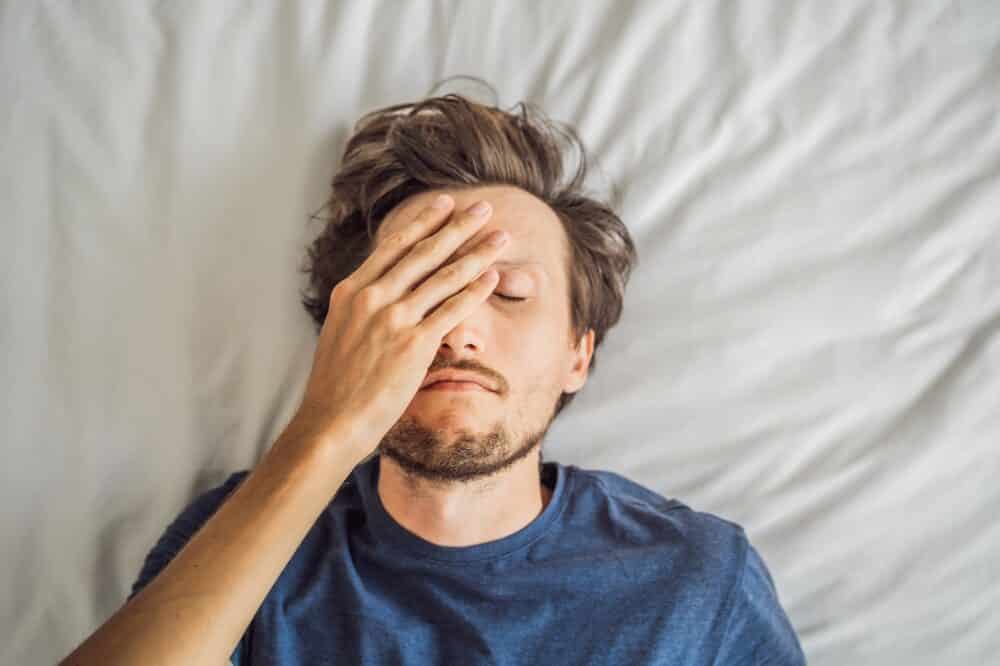 Side Effects of Benzodiazepine

The short-term and long-term use of benzodiazepines is accompanied by side effects ranging from mild to severe.

This category includes common effects such as light-headedness, slurred speech, feeling drowsy, general confusion, being unsteady or falling easily, dizziness, and memory problems. While not immediately life-threatening, if benzodiazepine use is continued long-term, effects could increase, and a benzodiazepine dependence could intensify.

Scientific Studies On The Social Side Effects

In a study conducted about the therapeutic advances in psychopharmacology, benzodiazepine users were asked how this prescription medication and the ensuing symptoms affected their lives. The results were astonishing.

Over 82% of respondents reported problems at work, 46% lost their job, 86% experienced difficulty with social interactions and friendships, and nearly 89% experienced negative interactions with fun activities, recreational pursuits, and hobbies they used to love.

Over 54% reported experiencing suicidal thoughts or that they had attempted to take their own life. The most surprising response, however, was that the majority (76%) of those interviewed reported that they were unaware a benzodiazepine prescription was intended only for short-term use and that it would be difficult to discontinue the drug.[2] 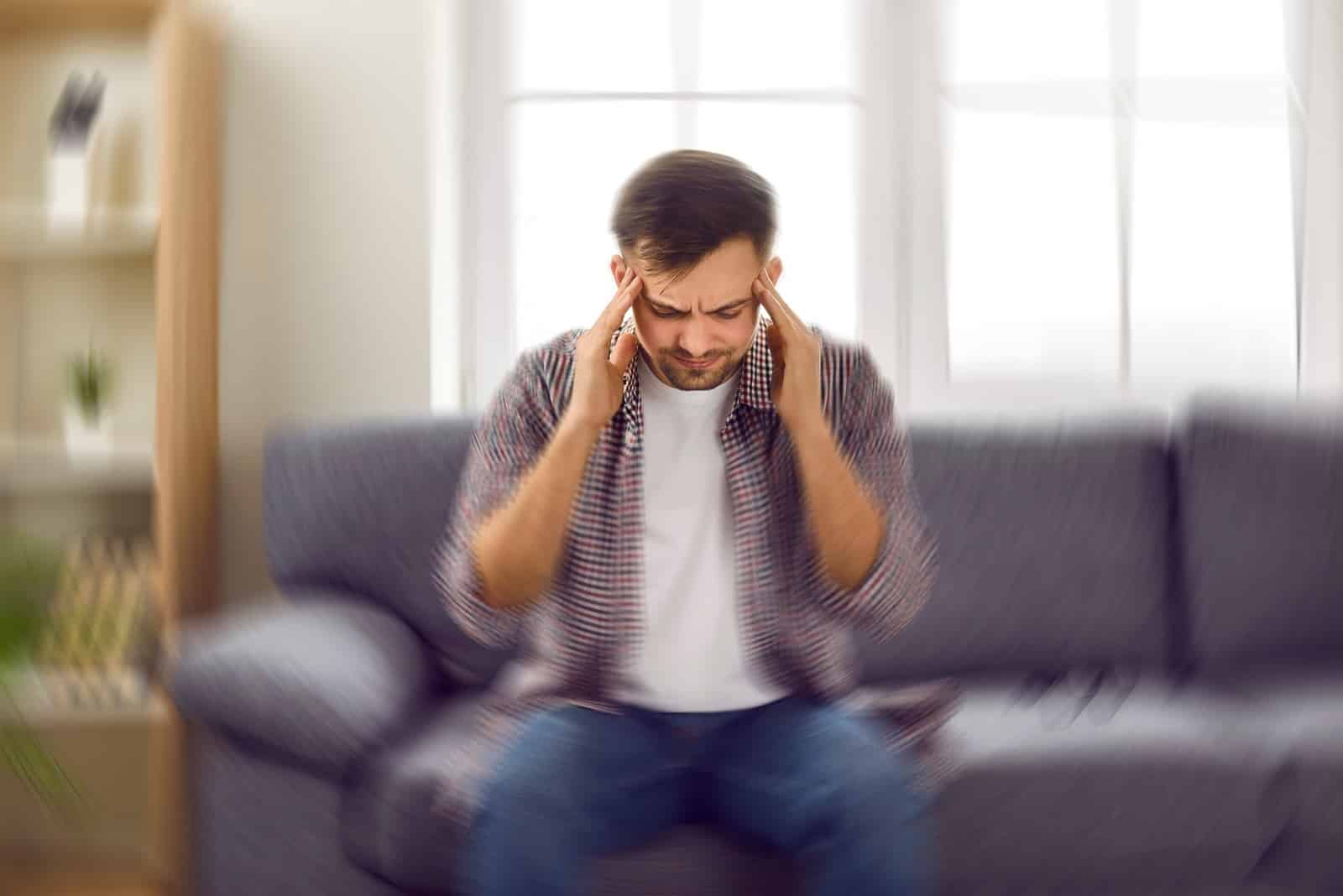 The severity of withdrawal symptoms will vary based on the short-term or long-term use of benzodiazepines. Some common symptoms include:

Because these symptoms are severe and potentially life-threatening, do not attempt to discontinue a benzodiazepine prescription on your own. See professional treatment from a reliable medical detox center for your own health and safety.

If you or a loved one may be experiencing a benzo overdose, seek emergency medical attention immediately.

We can help you overcome painful and uncomfortable withdrawal symptoms through safe and effective medical detox. Our Gallus Medical Detox addiction experts are ready to make you comfortable and help you recover with dignity and peace.

If you are experiencing any of the benzo withdrawal symptoms listed above, or wish to have dedicated support to recover from a substance use disorder, call us today.