Fentanyl is a synthetic opioid prescribed by doctors to treat severe chronic, post-surgical and cancer-related pain. Experts warn fentanyl is twice as potent as heroin and up to 100 times more potent than morphine. If used as prescribed, the drug is effective, but if misused or purchased illegally, fentanyl can be deadly.

The Food and Drug Administration (FDA) warns health providers and consumers that fentanyl carries a severe risk for abuse, addiction, overdose, and death. In fact, the FDA requires manufacturers to label the drug with a “black box warning,” alerting prescribers and users to the potential for injury or death.

Due to fentanyl’s addictive properties and potentially life-threatening effects, doctors are hesitant to prescribe the drug unless other pain relief options have proven ineffective. All patients taking prescription fentanyl must remain closely monitored by their physician.

Provisional data released by the CDC on July 14, 2021, found drug overdose deaths in the U.S. increased about 30 percent in 2020. Of the 91,799 overdose deaths reported, synthetic opioids, primarily fentanyl, accounted for 56,516 of those deaths.

Researchers are still gathering statistics about to what extent the pandemic has caused an increase in drug usage and overdose deaths, but most experts believe there is a direct connection.

What is Opioid Addiction?

While people who cannot control their drug or alcohol use were once called “addicts” or “alcoholics,” they are now diagnosed with a substance use disorder. More specifically, the clinical name for the misuse of opioids is opioid use disorder (OUD).

If the abused substance is fentanyl, doctors refer to the condition as a fentanyl-based opioid use disorder. Doctors may diagnose a person who continues to use prescription or illegal opioids despite negative personal, social, professional, or health consequences with an OUD.

Why is Fentanyl So Dangerous?

The effects of fentanyl are fast. Within minutes of taking the drug, users may experience a sense of euphoria, well-being, and reduced pain. However, fentanyl can also suppress the respiratory system to dangerously low levels, causing breathing to slow or even stop.

While an average respiratory rate is 12-20 breaths per minute, a breathing rate under 12 is abnormal and potentially life-threatening. Abnormally slow breathing can deprive the brain of sufficient oxygen and may result in coma, brain damage, or death. This condition, called bradypnea, is one of the most dangerous side effects of opioid use.

Doctors have legitimately prescribed fentanyl for several decades. Although the migration of fentanyl into the U.S. street drug market probably started earlier, it first caught the attention of drug enforcement personnel around 2013. At the time, fentanyl was most often added to or sold as heroin.

Fentanyl is attractive to those who produce Illegal drugs because it is so potent, making a little go a long way. Illegal drug makers create a cheaper, more concentrated product by adding a small amount of fentanyl to heroin or other substances.

Fentanyl is cheap to make, readily available, and powerful

Most people using an illegal drug seek the same thing: short-lived euphoria, intense happiness, and physical or mental pain relief. Drug users want the most significant high for the least amount of money possible. Fentanyl provides just that: an intense high at a relatively low cost.

Drug traffickers know what their customers want, and by using low amounts of highly potent fentanyl, they can deliver a cost-effective product that satisfies their market. Even if certain drugs are in short supply, drug dealers can mix readily available fentanyl with heroin, meth, cocaine, or ecstasy to meet the market demand.

Unlike heroin, there is no shortage of fentanyl. Heroin is expensive to cultivate and produce, while there is a cheap, ready supply of fentanyl flowing into the U.S., primarily from China and Mexico.

Even drug users who try to avoid fentanyl because they know it is dangerous may unwittingly take a product laced with the drug. There is no way for a person buying a street drug to know if it contains unwanted additives. A person who takes their usual dose of “heroin” may be ingesting a deadly amount of fentanyl.

Carfentanil is a derivative of fentanyl but even more deadly, with experts warning it is about 100 times more toxic than fentanyl. Toxicologists estimate an amount of carfentanil the size of a grain of sand is enough to kill a person. As with fentanyl, drug dealers often mix small amounts of carfentanil with heroin or other drugs to make a potent, less expensive product.

The U.S. government continues to work with China to try to reduce the number of synthetic opioids flooding the U.S. market. Government officials are also urging China to label fentanyl as a controlled substance, which would make it easier to prosecute those making and selling it illegally.

Opioids are highly addictive in a short amount of time. The American Psychiatric Association warns physical dependence on fentanyl and other opioids can develop within four to eight weeks. Once a person becomes physically dependent on opioids, they will experience severe withdrawal symptoms if they abruptly stop taking the drug.

Withdrawal side effects can include pain, chills, cramps, diarrhea, vomiting, and intense cravings, discouraging some users from quitting out of fear of the withdrawal process.

Statistics indicate that a large percentage of people who depend on opioids begin taking heroin if they lose their access to prescription pain killers. The AMA warns almost half of those who use heroin started with an addiction to opioids prescribed to manage pain.

Although doctors still write millions of prescriptions for opioids every year, the fear of legal action has caused some doctors to stop prescribing opioids. Beginning in 2016, state and federal legislators began enacting legally enforceable restrictions limiting the dosage and duration of opioid prescriptions. Commonly, opioid medications are prescribed for seven days only.

While these tighter laws do not apply to active cancer treatment, palliative care, and end-of-life care, those with severe pain from an injury, illness, or chronic pain may find it challenging to get the pain relief they need.

Health experts recognized the soaring numbers of opioid addiction long before the 2016 crackdown, with many doctors choosing to stop or limit the number of prescriptions they wrote. When those with severe pain cannot obtain relief with less effective medications, many turn to illegal opioids or heroin.

The impact of the COVID-19 pandemic

Since the onset of the pandemic in early 2020, experts have continued to track a significant rise in substance abuse and mental health issues. Drug overdose deaths in the U.S. are at a record high, with fentanyl and other synthetic opioids linked to about two-thirds of those deaths, according to US Centers for Disease Control and Prevention data.

COVID-19 has caused many to face isolation, loss of their support network, depression, fear, and a lack of routine, all of which are risk factors for substance abuse. The inability to access treatment programs or support groups has been devastating for those seeking recovery. Fortunately, most treatment centers are now back to full operation.

If you have been using fentanyl or another dangerous substance to dull physical or psychological pain, reach out for help before it is too late.

Substance Use Disorder is Highly Treatable

Recovery starts with detoxification, which means ridding your body of toxins. Do not let fear of the detox process stop you from healing. At Gallus Medical Detox Centers, we specialize in making the detox process as comfortable and nonthreatening as possible. Our proprietary method of treatment reduces the severity of withdrawal symptoms while you recover in a safe, soothing environment. Contact Gallus Detox to start your recovery journey. 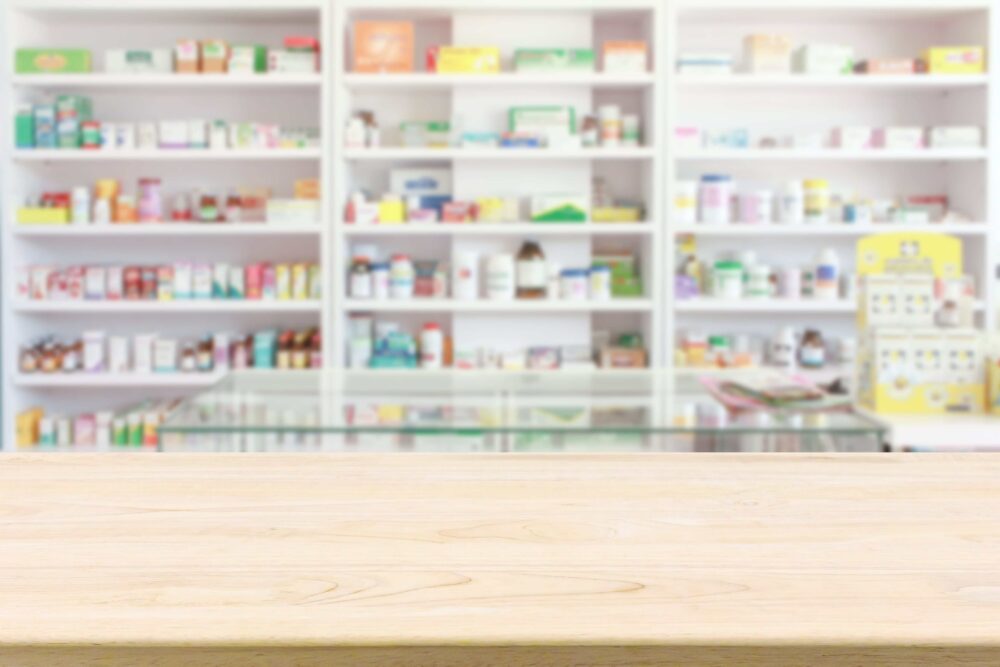 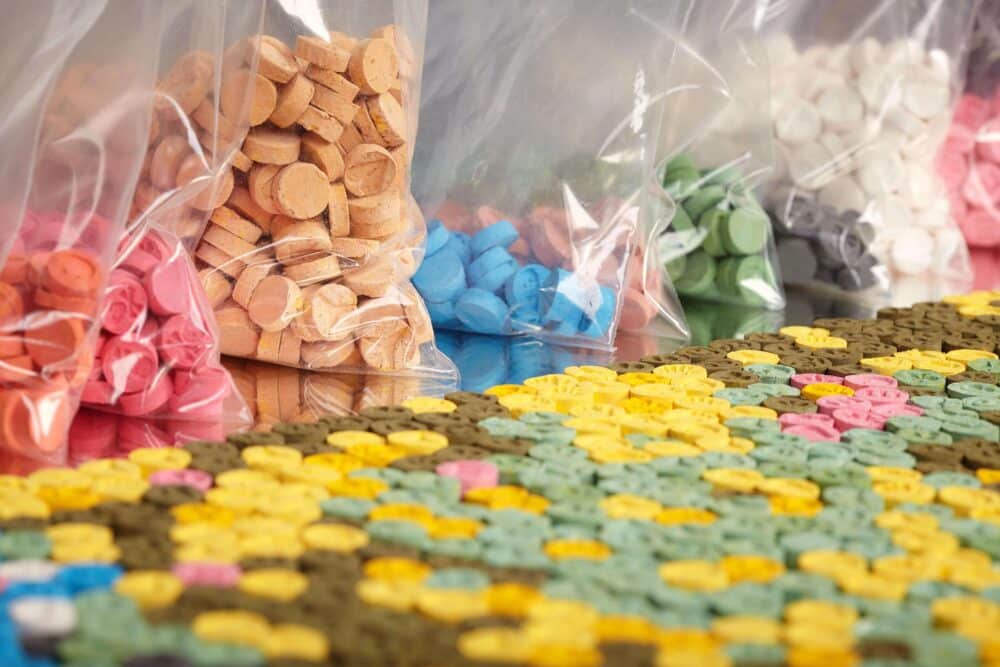